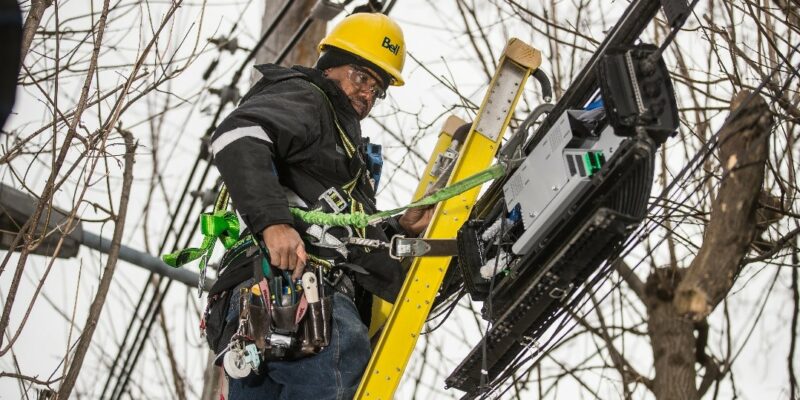 Bell Canada in a news release today the availability of their latest fibre internet service, a package with a whopping 3 Gbps (3 Gbps download and 3 Gbps upload). This is the fastest internet service that is currently available from the major internet service providers in Canada and is double the theoretical speeds offered by Telus (another major provider in Canada.)

According to Bell, this new faster internet option is nearly 3 times faster than cable providers. Based on our research, Bell is solidly placing itself at the top end of the speed war amongst Canadian providers.

“I’m so proud that Bell is once again leading the way in delivering faster Internet speeds for our customers. With total speeds three times faster than cable, our customers can now get download speeds of 3 gigabits per second and upload speeds of 3 gigabits per second. We look forward to continuing to deliver the speed and reliability that our customers need so that they can do what they need to do online even faster.” – Blaik Kirby, Group President, Consumer and Small and Medium Business

These faster internet speeds are part of Bell Canada’s larger expansion plans to their fibre internet offerings across much of Canada. Bell is undertaking a multi-year strategy of expanding its broadband fibre network to more communities. For now, these new faster services are being launched in the Greater Toronto Area with other areas to follow soon. The service is set to start from $149.95/mo. in selected markets.

Fibre at these sorts of speeds might be overkill for most. Given the limited capabilities of home networks, most users will find that internet speeds over 1 Gbps provide no benefit.

Most home networks are capable of running at speeds of 1 Gbps, but their home network would require a major overhaul to be able to take advantage of the speeds above that. In our recent review of the AmpliFi Alien Mesh network system, we found that while wireless networks appear to be the most likely use case for these systems even using those speeds could pose a challenge.

When talking in real terms, we reference HighSpeedInternet.com to determine: