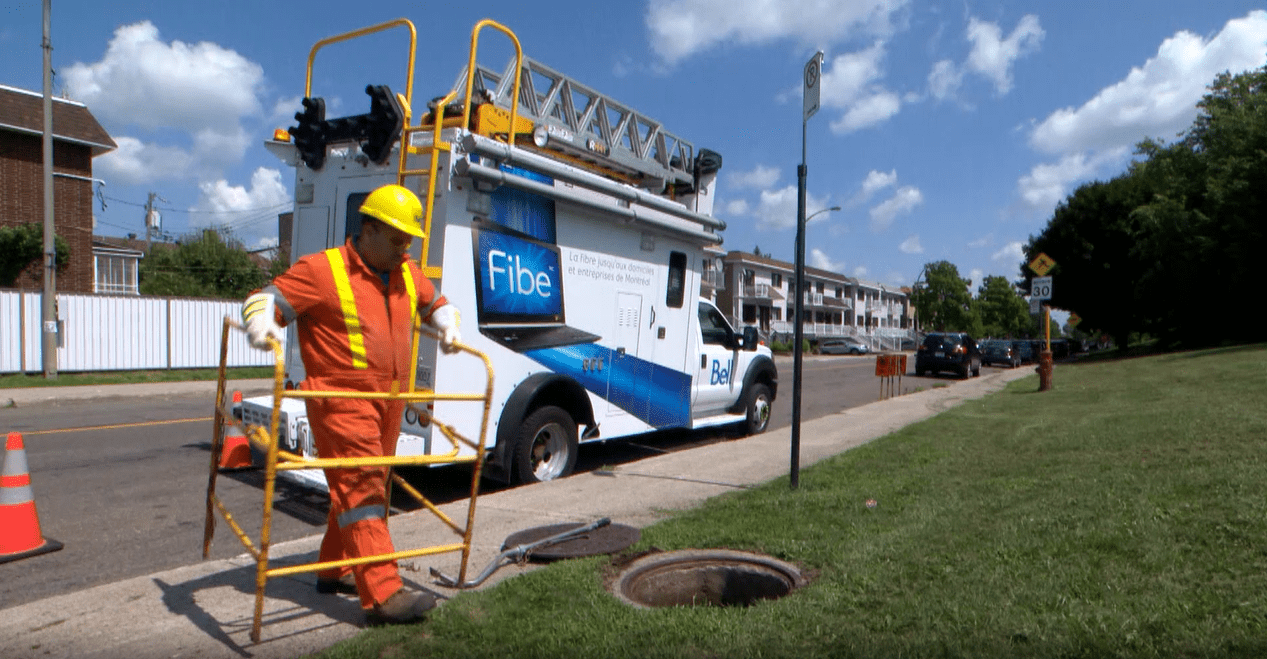 Bell Fiber Internet service (“Fibe”) is becoming has been popping up everywhere lately. Communities where Fiber to the home would have seemed a far fetched pipe-dream have been slowly becoming reality. Our deep dive into the Bell Fiber to the home experience therefore is right on time.

Bell Fiber to the Home or ”Fibe” experience is being offered in communities in Ontario for prices that vary depending on where you’re located and what your current relationship with Bell is. To write this review, we decided to start from the point of having no existing relationship. There was no existing equipment and the fibre lines to the home hadn’t been yet laid. So we went from square one.

Getting the service installed was pretty simple, a phone call to Bell directly was all it took and the service began installation the next day. The technician came to the home, ran the fibre line from the junction at the road and installed a fibre jack inside.

At this point, there wasn’t much different from every other internet installation that we’ve ever had with the exception that it was on Fiber this time, not DSL or cable. That was until the technician left and we began performing our standard testing on the devices.

Starting from the positive, the speed is incredible. Being directly hardwired to the HomeHub you, for the most part, feel the full force of the fibre internet service. Upload speeds averaged in, with the 1gbps speed, were just shy of 640mbps and the download was a blazing 900mbps. The latency averaged around 4-7ms, along with zero packet loss for the duration of our testing. So overall at the core, the service was excellent and as of writing this review – no serious misgivings about the service.

Now for the disappointing part and the part that caught our team off guard. That “HomeHub 3000” really is at the center of all of our complaints. The device appears to have been entirely designed with Bell’s profits in mind. It has been combined to centralize the functions of an ONT (optical network terminal), modem, router, wifi-access point, IPTV access point and phone box in one box. Like any good convoluted, all-in-one device, when everything is going right – it’s’ okay. That is until it is not, and when you want to re-instate control over your technology or want a choice over the configuration – that’s where this thing falls apart.

If you must use your router, forget it. While we’d like to think that this was an oversight, Bell has decided that they wouldn’t enable or cannot allow for a bridge mode on the hub. After speaking with several Bell technicians, there is a convoluted way of attempting to circumvent this, but it is unstable and causes more trouble than it’s worth. Not to mention it undermines the speed of the service. We speculated that, because Bell currently sells their own “mesh wifi” branded system (Plume), Bell is forcing customers into purchases they might not otherwise need/want.

Lastly, the service is really good, as long as you don’t need outstanding wifi. We probably wouldn’t have complained so much about the lack of a bridge mode if it weren’t for the slightly below average wifi speeds. The Home Hub 3000, uses tri-band radios (2 x 5GhZ, 1 x 2.4 GHz). During our testing, we were able to get an average of 250 Mbps. Given that some of the frequency is going to be tied to backhauling the wifi pods, we know that we were limited out of the gate but this was disappointing. For a premium service, you’d expect to have premium hardware and not having the ability to use your equipment really hit the service hard here.

Overall, the decision to move or upgrade to Bell Fibre internet is really going to have to be made on your own. We believe that if your primary reason for moving to Bell Fibe Internet is wifi speed, forget it. If you’re moving with a fully wired home then it’s something you should consider. Compared to the services we’ve tested from Cogeco, it’s definitely an upgrade from “fibre to the node” but only worth it if you’re willing to sacrifice a lot of control.